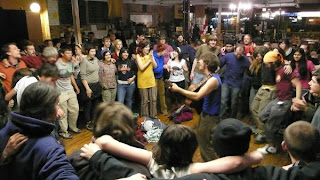 It does my heart good to speak with young musicians who using their talent to make this a better world. 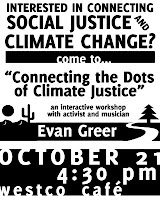 Lieberman's policies with State Radio. They played a packed show at the Webster that night.

Evan Greer is a Boston singer/songwriter who is part of a political/musical collective called Riot Folk. He's traveling the country performing protest songs, and putting on workshops. He stops at Wesleyan University tomorrow for both.
Posted by Ed McKeon at 11:27 AM