Feeling the heat from a musical hotbed 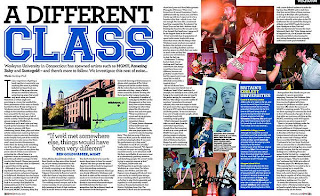 I've loved music all my popular life, and I'm old enough to have lived through all sorts of musical geographical movements, from the hotbeds of folk in the Village and Harvard Square, through the Mersey-beat British invasion, through the California sound, the influence of Motown, Memphis, Nashville, New Orleans. I envied those who could hear the Replacements, the Jayhawks or Prince on any given night in Minneapolis (where an active music scene still rages). I consumed the rage of London punks, and the raw power of New York ruffians gathered at a small club in the Bowery. I ignored the influence of disco in every city where it sprung up like a fungus. But I adored the grunge of Seattle, the alt.country of Chicago and the cross-platform weirdness of Austin, and the anthems and jigs of Dublin and Camden. I've travelled regularly to the outback of Lafayette and Eunice Louisiana to get my fill of roots music that begins on the back porch. 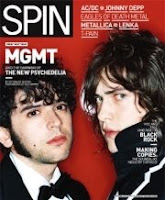 And now I find I live across the freakin' street from the lava flow of one of the hottest musical spots in the world, Wesleyan University.

If you don't believe it, check out this month's Spin Magazine which features a cover story on MGMT, who got their start at Wesco, or read what they're reading this week in London when they pick up the musical inkie, NME.

And if that doesn't convince you, then check AuralWes regularly, where you'll find weekly listening for some of the hippest shows this side of Brooklyn. Or listen to WESU, where some of the musical freakiness begins.

How is it, that we don't have a single club on Main Street that acknowledges just how cool we are?

H/T to Wesleying for pointing all of this out.

I'd like to think that my Main Street business has done just that for many, many years - even though it's not a venue...

Best, Mike at The Coffeehouse