Bill Ayers takes a back seat to Joe the Plumber 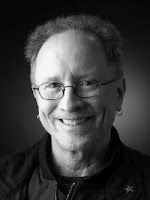 As promised McAngry raised the specter of 60's radicalism at the debate on Wednesday night, but McAngry didn't spend as much time on Bill Ayers as he did on Joe (Wurzelbacher) the Plumber.

The two assumptions we can make is that Joe the Plumber is a very wealthy plumber indeed if he makes enough money, annually in personal income, to have to pay taxes under Barack Obama's plan.

Much the worse for Bill Ayers, whose name appears on this page as a favorite link, and has since the right-wing press tried to brand Obama as a terrorist for associating with Ayers. The blog is worth reading. In fact, in his most recent post invites his critics to take the time to read the books Ayers has written on education.

But a previous post is even more enlightening. Framed in the format of one of those famous Nigerian emails you've received which promises to open the door to great riches for you, it lampoons the great financial bailout, which alas, has not worked. I don't know if Ayers wrote it, or he just recognized its genius, but it's certainly on tarket.

I need to ask you to support an urgent secret business relationship with a transfer of funds of great magnitude. I am Ministry of the Treasury of the Republic of America.

My country has had crisis that has caused the need for large transfer of funds of 800 billion dollars US. If you would assist me in this transfer, it would be most profitable to you.

I am working with Mr. Phil Gram, lobbyist for UBS, who will be my replacement as Ministry of the Treasury in January. As a Senator, you may know him as the leader of the American banking deregulation movement in the 1990s.

This transactin is 100% safe. This is a matter of great urgency. We need a blank check. We need the funds as quickly as possible. We cannot directly transfer these funds in the names of our close friends because we are constantly under surveillance.

My family lawyer advised me that I should look for a reliable and trustworthy person who will act as a next of kin so the funds can be transferred.

Please reply with all of your bank account, IRA and college fund account numbers and those of your children and grandchildren to wallstreetbailout@treasury.gov so that we may transfer your commission for this transaction.

After I receive that information, I will respond with detailed information about safeguards that will be used to protect the funds.

Yours Faithfully Minister of Treasury Paulson
Posted by Ed McKeon at 6:26 AM