The next time someone suggests an entity ought to be "run like a business," why I.... 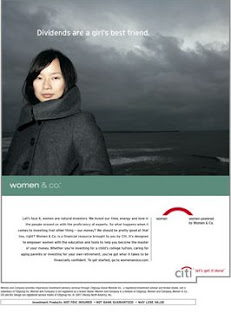 I've railed against the suggestion for years.

Where are all the mom and pop's when you need them? After all, it's the local banks, and closely-held local businesses which seem to have the best chances of succeeding if the entire economy doesn't go over the edge.

Maybe you've seen the list going around the web advising against buying gift cards at various big box national stores. Get a load, here and here (take these with a grain of salt because these email lists come unbidden without much verification, but they can't be helping retail at these outlets).

So, the feds our bailing out Citigroup, according to reports today. But take some time to read the detailed report of Citigroup's failings in the New York Times yesterday, and you'll be appalled at the way this giant of giants was run. Imagine the employee who screwed things up was making $30 million a year (that's right, a corporate employee - not even a CEO), before he was asked to pack his golden parachute and jump.

What we need is smaller companies and more regulation. The mantra of "bigger is better," has been replaced by "too big to fail." The notion of required annual growth of 20% has been replaced by investors fleeing to government bonds which are paying well below 1%. There's a lesson to be learned, and I wonder, when all is said and done, if this lesson will trump (no pun intended), the eventual greed which will eventually re-emerge.

If I were treasury secretary, these are some of the rules I'd enforce:

- If you get a government bailout, the CEO, CFO, COO, and every president must go.
- Assets exceeding $1 million, of all executives, or all major corporations which have filed for bankruptcy, or are applying for government bailout, will be frozen.
- All financial malfeasance will be considered treasonous (since it could potentially lead to the downfall of the government and the country), and will be treated as such by the courts.
- If you get a government bailout, no executive salary will exceed $250,000.
- If you get a government bailout there will be no executive or management bonuses until the debt is repaid.
- No investment vehicle can be created and sold that is so complex that it can't be explained, in a 20 minute session, to a potential investor from any walk of life.
- Banks must hold the risk for 50% of all the loans they make.
- Banks, insurance companies, and investment houses must once again be separate and distinct entities, not owned together as part of a corporation or conglomerate.
- Pension funds at all corporations must be fully-funded immediately, and not be used as a resource for any other purposes by corporations.

Let's stop pretending that success is dictated by how many companies can be swallowed by a bigger company. Let's return to a time when success meant creating a great product or service, when a 5% return over a long period was adequate and when salary inflation didn't create rock stars out of sociopaths in suits.
Posted by Ed McKeon at 4:11 PM