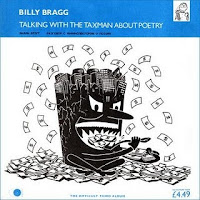 Posted by Ed McKeon at 12:13 PM No comments: Links to this post

Kate McGarrigle, the influential and popular folks singer who sang for years with her sister Anna as the McGarrigle Sisters has died after a long battle with clear-cell carcinoma. McGarrigle was formerly married to Loudon Wainwright III and is the mother of singers Rufus and Martha Wainwright.

Posted by Ed McKeon at 12:05 PM No comments: Links to this post

All you single deputies

Posted by Ed McKeon at 8:29 AM No comments: Links to this post

Jeff Bridges, America's most under-appreciated actor, gets his due

There ain't half been some clever bastards

An Ian Dury biopic. Now only if it can get theatrical release in the US.

Posted by Ed McKeon at 4:28 PM No comments: Links to this post