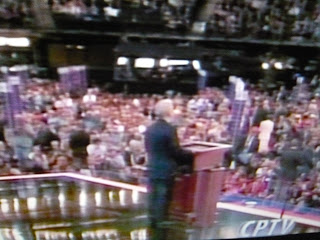 Creepy Joe™ Lieberman stood on the stage of the Republican National Convention and betrayed his former party, and the people of Connecticut he claims to represent.

Lieberman, who vowed not to attack Barack Obama, did, claiming he showed no evidence of bipartisanship, and that Obama voted against "supporting the troops." Never mind that neither of the claims bears any resemblance to the truth, Lieberman, by hitting the Republican boards, is twisting the knife in Chris Dodd's back. 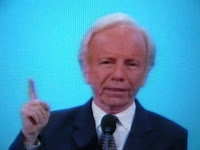 Lieberman also took the opportunity to bolster the Palin fairy tale as an outsider who will help McCain fight the good fight in Washington.