Why the economy tanked: a primer 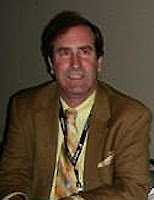 Some instructive reading in the Sunday New York Times yesterday by Michael Lewis and David Einhorn.

I've never pretended to be someone who claims to understand the economy on a macro or micro level, but I try.

This long article in the Opinion section demonstrates, with strong examples, how a vibrant economy was riven, as could only be expected, by the frailties that human self-interest (yah, greed - these guys say it wasn't greed alone, but greed with no checks and balances), place on a laissez-faire system. It also adds to a growing set of opinions that financial analyst Harry Markopolos was correct in his complaints about Bernie Madoff and that the SEC was wrong, maybe criminally wrong, to dismiss his complaints.

It appears that the only way capitalism might work is with strong regulation, and with regulators who give a shit about integrity.
Posted by Ed McKeon at 4:11 PM

Labels: david einhorn, michael lewis, new york times, the end of the financial world as we know it