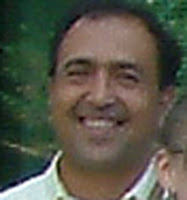 The operations manager of WTIC-AM responds to a complaint about the cancellation of Colin McEnroe's show. He didn't respond to my complaint, but to that of the station manager of WHUS-FM (Storrs, UCONN), John Murphy.

According to Murphy: "He thanked me for my opinion and said he appreciated my "civilized" communications style, saying that he has received some dramatic and inflammatory expressions of opinion over the phone. I can imagine that happening too. Steve said the choice was NOT political, in any way, but was due to many internal factors, including ratings and other aspects he did not identify. He said he has been with the station for 20 years and this was the hardest decision he has made. Thought you folks might like to know he called."

H/T Susan Forbes Hansen.
Posted by Ed McKeon at 8:08 AM

While not often agreeing politically with Colin I did find his program amusing and entertaining, all the more so since Stevens left. I don't think I will be interested in the so called news hours that will replace him.