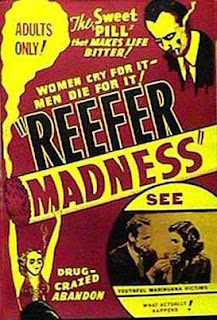 I've been an advocate of legalization since I read an essay in 1975 that Gore Vidal wrote for Esquire Magazine. It was an expansion of this famous earlier essay.

The logic seems irrefutable, maybe now more than ever.

And now Bernd Debusmann offers similar logic, which suggests that the ailing US economy might be $76 billion to the good, if drugs were legalized. It's a better suggestion than repaving all our highways.
Posted by Ed McKeon at 10:44 AM