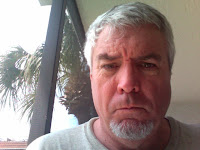 (WARNING: This is an April Fool's Day joke, and as such is completely fictitious).

Before it hits the local tabloids. From the AP:

WWUH FM has been promised a thin slice of the stimulus package for its efforts in promoting community resources and the arts.

The station, which has been broadcasting for 35 years, was hailed as a “lifeline of information, culture and opinion” in a becalmed sea of mediocrity by Darren Fate, a member of the Committee Underwriting National Traditions and Talent, otherwise known as COMM-TT (pronounced comm.-double-tee).

Last week station manager John Ramsey announced that WWUH would receive a grant equal to the difference in dollars raised in 2008 compared to that raised in 2009.

“We don’t see it as a bailout, exactly,” Ramsey said. “But we understand the financial pressure our listeners are experiencing, and we’re happy to have the feds step in and supplement the generosity of listeners who were able to pledge. And I don’t think we’ll have to send this year’s t-shirt to any members of Comm-double-T.”

As part of the agreement with the federal government to accept this stimulus package, WWUH has so far asked for the resignation of at least one radio show host, and Ramsey hinted that other names were in consideration.

“I won’t say I’m happy about leaving,” McKeon said in a prepared statement. “But I know it’s the best for the station, and I’ve had a good run. I know that many folk fans will be happy not to hear Billy Bragg songs, week in and week out.”

McKeon said that he would be retiring to Florida to spend more time with his family.

Both Ramsey and McKeon denied reports that McKeon was asked to leave for accepting so-called “retention pledges” from “loyal” listeners during the station’s Marathon fundraiser.

“Ed is basically trustworthy,” Ramsey mused. “We don’t think there has been any impropriety, but we are checking on Ed’s unerring loyalty to singers who don’t really have a singing voice that can carry a tune.”

Calls to the management of the aforementioned Bragg and to Randy Newman, Greg Brown, Vince Bell, Pete Seeger, Shane MacGowan and Bob Dylan were not returned at press time.

While a search of McKeon’s WWUH mail slot turned up more than a dozen blank “Listner Kits,” valued at $26 each, Ramsey insisted that the envelopes bearing the Listener Kits, and all addressed to variations of McKeon’s name (Ed McEwen, Ed McKwan, Ed McKeeone, Ed McCune), were simply mailing errors.

“Look, what am I gonna do with 48 or 49 WWUH t-shirts,” McKeon asked. “They’re only worth five or six bucks on the open market. Have you checked EBAY? They’re not exactly flying off the rack.”

A petition bearing 38 names demanding McKeon’s return to the airwaves has been rejected by WWUH and COMM-Double-T, and McKeon himself seems to have found solace amongst the humidity and strip malls of South Florida.

“Hey, it’s the first time in years that I’ve actually felt young,” McKeon joked. “Let WWUH keep the stimulus check. Down here when you talk about stimulus, everyone thinks your talking about Viagra.”

“Face it,” Forbes Hansen said. “McKeon wasn’t exactly devoted to “John Henry.” His idea of a folk song was anything older than “Smells Like Teen Spirit.”

“We’ll miss Ed,” Ramsey noted whimsically. “But then again we thought we were going to miss the guy who did the bluegrass show, too.”

McKeon is currently employed as a weather reporter for Christian station WHIM in Ybor City Florida.”

BTW it's April first here in Florida, too.
Posted by Ed McKeon at 1:54 PM

This made my day!

I can totally hear John saying this: "We don’t think there has been any impropriety..."

Thanks for a funny (and almost believable) April Fool's blog.

When I broadcast this this morning, I tried to sound appropriately broken up, and said I wasn't going to take any phone calls about it.

And later, that I'd be there next week.

I did take a call toward the end of the show from a woman who wanted to know where I'd gotten the "press release," had I read it in The Courant? (As IF they would print anything about folk music....)

Ed always was a mystery! But the bluegrass guy, he's basically 'out of sight, out of mind' these days.