I got the beat 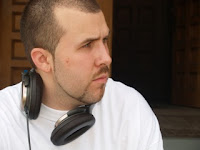 For most of us older than 50, the words "tin pan alley" or "Brill Building" conjure up small rooms filled with songwriters and composers trying their hardest to create music that would resonate forever in the memories of listeners.

The emergence of singer-songwriters diminished the industry of professional songwriting, though, of course, it never disappeared, and still flourishes in places like Nashville and Los Angeles.

It was a surprise to me to learn about a new version of tin pan alley. In a small, but exceedingly professional studio next to the film company where I work, a composer of "beats" works diligently to create the backdrop over which modern hip-hop artists lay their raps. Doc Ish, who is becoming something of a sought-after beat master in the hip-hop world, lays down beats in the South End of Hartford, and just scored a hit with the beat and hook for Eminem's latest single We Made You.

Tonight at ArtFarm's Sonnet Slam, a fundraiser to help accumulate funds for this summer's production of The Taming of the Shrew at Shakespeare in the Grove, I recited Shakespeare's Sonnet 130 ("My mistress' eyes are nothing like the sun...") over a custom beat created by Doc Ish for the occasion. When I read the poem to him and requested the beat I found myself beginning to explain the Shakespearean couplets.

"I get it," he said to me, and then paraphrased Shakespeare's poetic sentiment.

I should have known that someone who deals with poetry all day long wouldn't need me to explain Shakespeare to him.
Posted by Ed McKeon at 11:00 PM