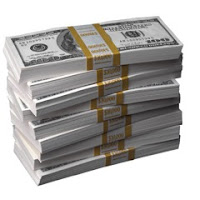 Jon Lender has another eye-opener in the Hartford Courant today explaining the potential for double-dipping by highly-paid state employees who are set to take advantage of a proposed retirement package.

Two things occur to me. If someone is too valuable to send off to retirement, then shouldn't that position be excepted from the proposed package?

But more outrageous is the number of state employees earning six figures. Lender mentions three or four of those employees by name. But how many more employees make over $100 grand. When I was first looking for employment, during a recession in 1976, I worked temporarily for the state. The line of thinking then was, if you take a job with the state, you are trading away the higher potential salary of a private sector job (and the risks involved) for the security of long-term, steady employment with great healthcare and retirement benefits.

When did that line of thinking shift to include state jobs which pay more than the private sector?

One might understand a state deputy treasurer, with large fiduciary responsibilities, making more than $100,000 (though I blanch at salary of $163,000 and retirement of $114,000). But can we really stomach a PR man for UCONN earning $200,000 as Scott Brohinsky does? For god's sake, this is a guy who handles calls from the press for UCONN, not the president of UCONN, not the most noted scientist or poet at UCONN, but the lobbyist and public relations guy!

I hope Lender follows the line of reasoning and reveals just how many state employees have leveraged a steady, safe, risk-free employment situation into a life of riches and privelege.
Posted by Ed McKeon at 2:03 PM

I bet there are many, many more earning six figures than you suspect, Ed. (Full disclosure: I'm a state employee, but not one of the 6-figure earners you targeted...yet.) But I also bet that for the most part, most state employees who do earn more than $100k don't earn much more, they still earn slightly less than a private sector worker in an equivalent position, and they could hardly be described as living "a life of riches and privilege." As the salary survey of civil engineers shows (see Table 1 in the link below, being sure to find the "median salary" column), it's not uncommon for both public and private CE's with years of experience to earn 6 figures, or very close to it. Throw in the fact that CT is a high cost-of-living state, and the median salaries here should be even higher than in the national survey. My guess would be that civil engineering is generally representative of most technical disciplines, though maybe lower-paid than many others.

As for the trade-off you remember, I think it still exists, but to a lesser degree than before. There might be several things contributing to that change.

For one thing, though the state job security generally still exists, the pensions are not nearly as generous as they once were. Those hired before July 1, 1984 enjoy the best pensions -- often up to 80% of base pay or more for a long-time employee, and full retirement at 55. Those hired after that enjoy a much reduced pension -- maybe 50% or so of base pay with full retirement, at 60 or 62. (Those are with no spouse/survivor benefit options, which reduce the value of all pensions.) Hey, that's still fantastic compared to nothing, don't get me wrong. But retirement will still require quite a bit more from the employee's own efforts to make up the difference.

Another possibility is that the latest generation joining the work force doesn't realize how valuable a pension is, and certainly does not think in terms of long-term employment in the first place -- unless by long-term you mean anything over 3 years in one job. They're lured into the private sector with only moderately higher starting salaries, and they gladly trade the delayed benefits of a pension (that they can hardly imagine ever being old enough to need, and might not even fully understand) for the immediate gratification. So the public sector is forced to raise salaries just to fill the bare minimum employee base. Recruiting has been very, very difficult -- in between hiring freezes.

It's also been my general observation that increases in public and private sector pay are out of phase. The private sector can be much quicker to react to market forces than the public sector. This might just be one of those brief periods in time when the disparity between the public and private compensation levels is not as great as it has been, or might be again soon.

All that being said, the typical scientific or technical job is probably not what irritated you. It's the plum job that pays far more than the vast majority of all others, and is often an appointed position. Yes, those are irksome. And yes, as a taxpayer, I also get upset with the 120-day wonders.

But rather than put all the blame on the double-dipping retiree, think of the political pressure that prompted the budgetary gimmick of "retirement incentives" in the first place. They really save little, if anything, but simply switch the payout buckets, giving an illusion of cost savings. And they really do cost many agencies dearly in terms of valuable experience lost.

Come to think of it, I guess the younger generation isn't the only one seeking immediate gratification at the expense of long-term financial security...

I read this and instantly thought of you; you've got company in "the $100k Club."

"A campaign to publicize the identities of thousands of people receiving hefty government pensions -- from onetime professors to former fire chiefs -- is catching on around the country."

"During the stock-market boom of the 1990s, pensions became passé and the 401(k) was considered the ticket to a cushy retirement. But the average 401(k) plan, heavy in stocks, lost around 40% last year, leaving those nearing retirement with little time to recover."

I agree, there's got to be a balance, but where is it? Over the past 25 years or so, big business has successfully shifted all market risks from itself onto the backs of its employees through (what a Frontline interviewee said was) an arcane tax law designed to benefit the highly paid management of the likes of Xerox and Eastman Kodak: the 401k plan. When large companies offered a pension, they were able to manage various forms of risk by assembling huge portfolios that were well diversified with a time horizon measured in generations. That's how they could assure you that your pension was safe. Now most people must rely on investing their own contributions, and they're on their own. The measly portfolios individuals can amass make it more difficult to diversify as effectively as big business used to, and the time horizon is the length of an individual's career. Be unfortunate enough to experience some market risk at the wrong time, and you could easily end up in the poor house.

I would argue that rather than eliminate all defined benefit plans, which are probably relegated mostly to the public sector these days, people should be looking for more help from large employers. After all, large employers can much more effectively reduce risks by virtue of the size of the portfolios they can amass and the long, long time horizon they can use.

Sorry -- this ramble got way off-topic.

Firstly, there are plenty of higher-paid folks over at Uconn... take a look.
http://www.hartfordbusiness.com/files/Top250pay.pdf

Secondly, I don't really understand your argument. $200k/year in pre-tax dollars is hardly living rich and privileged in Connecticut.

Thirdly, you're incredibly dismissive of one fellow's career... He makes $200k/year for "taking calls" and simply lobbying? Really, sir, is that all he does? Its hard to stomach the summation of a lifetime of work in a oversimplified, swiss cheeselike argument rant provided above.

Lastly, How long has he been with the University? Wait...I know this one....Longer than you've been on the radio spouting like a broken fountain.

Secondly, I don't know what neighborhood you live in but by most accounts in CT, a $200k income is doing pretty well, unless you're living in Greenwich.

Thirdly, I know a lot of people who do pretty much the same thing in the private sector, and make a helluva lot less.

Lastly, my point again. Long, low-risk career. Let's think about the pension he'll be pulling in.

Broken fountain! I like it. Maybe I should change the name of my show.