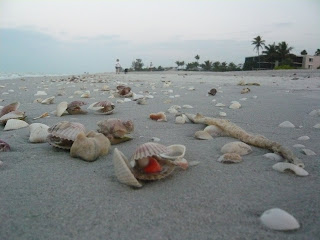 I'm afraid that by titling these posts as I have that I've given them a countdown quality that will severely depress me by day 6.

This morning the ocean had thrown up thousands of live scallops, whelks and cockles. Th 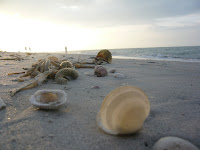 e bivalves were opened to the sunrise as if gasping for moisture in the thin air, when in actuality they were searching for a foothold to propel themselves f 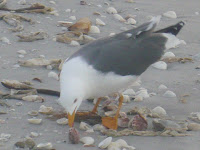 rom the beach and the hungry maws of the maurading seabirds who made quick work of them. In less than an hour most of the gaping shells were empty and beginning to bleach in the sun. 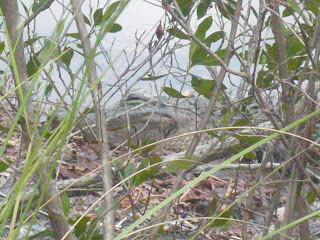 Yesterday we biked through Ding Darling Nature Preserve, where the Eastern acreage had been decimated by a brushfire a few months earlier, but where green life is emerging again. We saw dozens of exotic birds - ibis, herons, stilts, anhingas, egrets and osprey and a few lazy alligators napping in the reeds.
Posted by Ed McKeon at 10:11 AM