Disappearing from doorsteps all over America 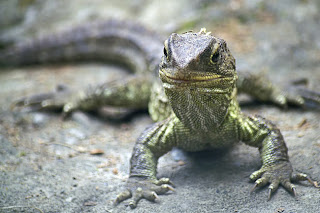 The Seattle Post-Intelligencer will print its last issue next week, leaving Seattle a one-paper town.

The article in the Times reporting the closure is interesting because it discusses both sides of the "what's next" issue.

Joel Kramer of the online Minneapolis newsblog MinnPost.com, says that a newsblog can't compete with a daily:

“Places like us would spring up,” he said, “but they wouldn’t be nearly as big. We can tweak the papers and compete with them, but we can’t replace them.”

But Jeff Jarvis, of City University of New York, feels that online news sources will be the smaller, different, but vital sources of information that will replace dailies:

The death of a newspaper should result in an explosion of much smaller news sources online, producing at least as much coverage as the paper did, says Jeff Jarvis, director of interactive journalism at the City University of New York’s graduate journalism school. Those sources might be less polished, Mr. Jarvis said, but they would be competitive, ending the monopolies many newspapers have long enjoyed.

From my own experience, publishing news on the all-volunteer, citizen journalist newsblog, The Middletown Eye, I can say that we are not covering stories that the Hartford Courant has abandoned, and finding that we are beating the daily Middletown Press to other stories, and making them more likely to show up at town meetings they had otherwise shunned. To be fair, with a paid staff, they get to stories we can't get to, yet.

Journalists and editors at legacy dailies make much of the fact that blogs are frequently pointers to the journalist work of daily reporters. That's true, to some extent. But many webpapers, like the New Haven Independent, do their own reporting, and it's often superior to the competition. Others have said that there's no way to monetize the newsweb, pointing to the New York Times as an example. But the New York Times website is still competing with its own daily print version.

Print newspapers are the tuatara, living fossils which have outlived their era. They survive as long as the baby boom generation, and then, when their native habitat is gone.

The need for news, and for journalism, will not disappear. I have every faith that our natural curiousity about the crooks who run our government and businesses will keep journalism alive indefinitely.
Posted by Ed McKeon at 10:02 AM