Back to the 16th Century 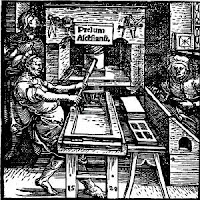 We could all see it coming, we just never expected it to come this quickly. Ink and paper news dailies are disappearing at an alarming rate, and the scramble to come up with the "what's next" has taken on a greater urgency for those of us who care about newspapers, journalism and democracy.

Clay Shirky, who is an expert on the economic effect of the web, decentralized technologies and is an adjunct professor at NYU's Interactive Telecommunications Program, writes that a model will likely emerge, but in our chaotic grasping for answers, and our immersion in the decline of the legacy press, we are simply not able to see what's next yet.

His remarkably cogent argument reaches back to the 16th century just after Gutenberg unleashed the printing press on an unprepared society. The reverberations were stunning, but it took decades before the new model of information, power, social structure and community emerged.

Shirky doesn't believe that any of the models being touted today are realistic, and that the new model will be something totally unpredictable. He points to Craigslist that began as something minor and turned into "a critical piece of the infrastructure."

Shirky doesn't pretend to have the answers. "Nothing will work, but everything might," he writes.

Like many other, Shirky is worried that journalism will be tossed out with the news.

When we shift our attention from ’save newspapers’ to ’save society’, the imperative changes from ‘preserve the current institutions’ to ‘do whatever works.’ And what works today isn’t the same as what used to work.

British newspapers are on their way out as well. Here's a clip from today's Euro news:

LONDON (Reuters) - British newspaper group Daily Mail & General Trust doubled the number of jobs it plans to cut at its regional newspapers to 1,000 as it expects a 37 percent drop in regional advertising sales this quarter.

It goes on to describe the sad affairs of British papers and gives evidence of its "grim outlook".

Theodore Levitt was a Harvard business professor who famously noted that the reason the railroads lost customers to the trucking industry in the 50's and 60's was because they thought they were in the railroad business instead of the transportation business.

Shirky rightly points out that newspapers are really in the journalism business. And he is also right that it will take a new generation, unburdened by the assumptions of the past, to figure out the best ways forward, just as it did for the railroads, telephone companies and countless other industries that have survived technological, economic and cultural shifts.

But despite all the fretting about the future of business models and distribution platforms, there remain countless professional journalists who must do what they do. They will find a way out, whether in books, new forms of subscription publications, or online.