Creepy Joe™ pricked by the AP 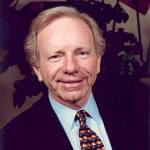 I've called him lots of things, but never what the AP did inadvertently, here.

Sometimes the truth will out. And that does nothing to defame the the dick who actually won the vice-presidential race.

Thanks to TPM for pointing it out.
Posted by Ed McKeon at 10:45 AM